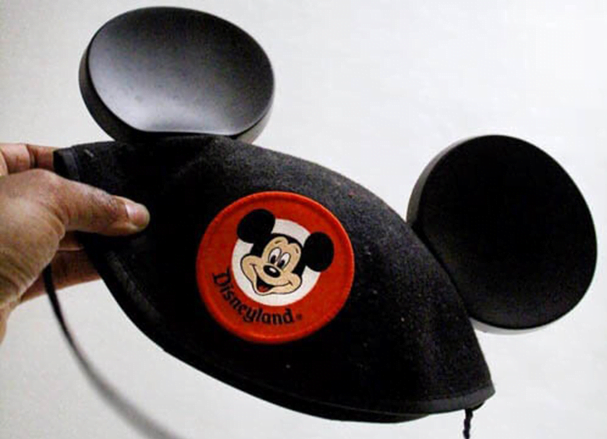 Disneyland, its fantastic and magical universe, but also its many secrets…. Here we reveal you 12 that you probably don’t know!

Yes, behind Mickey and company, there is a whole organization. And you probably shouldn’t know too much about it so that the magic of Disney doesn’t fade away…(Wait for our next article 🙂

You also may like: 10 Essential First Aid Items You Should Never Forget When Traveling!

Recognisable to everyone, Mickey’s ears are much more than a symbol. They are the very soul of Disney, the one with whom it all began. A mouse and a piece of cheese, at the origin of what is now the empire of entertainment and enchantment. That’s why Mickey’s ears are hidden all over the park, in the form of stones, a lock, a decoration… they are called the HiddenMickey.

It’s up to you to find them!

Some clues: in the queue to get to the Indiana Jones attraction, in the Rock’n Roller Coaster launch area (on the left wall where the countdown is located), in the gears of « It’s a small world ».

But, there’s still only one person disguised as Mickey in Disneyland!

A way of making children believe that the character really exists, that he is unique. This helps to preserve the magic!

Discover also these 11 Little known Things About airplanes The Pilot Will never Tell You.

Did you know that in all Disney parks around the world, the castle is oriented so that it is never backlit?

Why? Useful for the most photographed building in the park!

In Paris, France, the castle has very bright colours: pink and blue. And there’s a reason! Because in Paris the sky is often grey, this is a contrast (pink on a grey background). Which looks great on your photos!

In Florida for example, the castle is grey because the sky is generally blue (grey/white on a blue background).

Inside the Sleeping Beauty Castle, there is a changing stained glass window. If you wait long enough, you will successively see a rosebud, then doves, two symbols of the innocence and beauty of Aurora.

Be Aware.. as you cross the castle to the tavern! You will be able to see and especially hear regularly the dragon that protects the area.

Lazy servants : On the first floor of the castle, in the gallery of Sleeping Beauty, two armoured guards guard the premises. Or rather they are « supposed », since as you approach them, you will be able to hear snoring.

If you look carefully in the Emporium, you will probably notice a strange system of wagons on the ceiling, which goes down to some crates.

In reality, it was a mechanism for the cashiers to bring the money up to the store’s offices.

Indeed, the cashiers of the time did not have access to the currency, which then descended from the accountants’ offices in the same wagon.

One more thing: You will notice that there are only 48 stars on the US flag above Emporium.

Why?  because at the time Main Street USA was inspired, Hawaii and Alaska were not yet American states.

And last, at this special Emporium, behind the cash registers, you can see on the frescoes depicting a lively street, the silhouettes of Mickey, Donald and Dingos drawn.

The theme of the ticket office area at the main entrance to the park is cinema. So, you can remark, the costumes of the cast members allude to those of the theatre operators of the time. The theme is reinforced by the turnstiles and posters under Main Street Station.

Notice also that the ceilings are deliberately low under Main Street Station, before entering Town Square. This creates a feeling of crushing and thus have a feeling of park grandeur, once the arches have passed.

By the way, one of the Railroad trains is called Eureka: it is a tribute to the cry that gold miners made in the Wild West when they found a nugget. Its cars are named after California cities: San Francisco, Los Angeles, Monterey, San Diego and Sacramento. You knew that?

Also did you know that Eureka, the fourth train in the fleet, was added to the first three in July 1993? On the first concept art in City Hall, there are only the other three trains drawn.

The largest consumer of fireworks in the United States remains the American armed forces. Disneyland follows closely behind. The park has been preparing sparkling shows since 1956, at least every weekend, if not during the week as well. Each show costs about $41,000.

One secret Information: The best places to admire the fireworks are:

1- in front of Cinderella Castle,

4- or along the Rivers of America, in Frontierland.

Built in just over a year, Disneyland Park came out of the ground in 1955, the first of all parks. And the only Enchanted Kingdom designed entirely by Mickey’s Father. The park is located on a former orangery located in Anaheim that belonged to the Dominguez family.

It was sold under one condition, only one. That Walt Disney did not cut down the family tree, that Dominguez Father and Mother had received as a wedding gift. The tree still dominates Jungle Cruise in Adventureland. One of the Dominguez sons was even part of the Disney adventure, until he became President of the park.

In the parks, there is a network of underground tunnels to allow employees to travel from one universe to another while avoiding the crowd.

Just like New York with its subway, Disneyland has a real underground city made up of corridors and crossings where all the Disney staff moves, like little mice. For example, The Sleeping Beauty Castle rests on 2 basements that plunge deep underground, where as many surface technicians as a Little Mermaid on a break are present.

And what about disabled people?

Many of Disneyland’s attractions are wheelchair accessible for people with reduced mobility. But this is not the case for all. In addition, the park has equipped some attractions with magnetic loops for the hearing impaired.

Good precautions! However, we recommend that visitors obtain information online or once in the park on the attractions that have been developed.

All bushes are pruned to the same standard, resulting in perfectly maintained gardens.

The only exception to this rule is the greenery surrounding the haunted house, aka the Phantom Manor. Of course, you might say!  the place must look abandoned and creepy.

The park has its own fire station. There are 150 of them in total to help young and old in case of problems. These firefighters would train in real conditions at night. But, they are not welcomed during the day to avoid panicking visitors (unless if necessary) .

Can we eat with Disney characters?

Yes, it is possible. Visitors may choose to share breakfast, lunch or dinner with them when they book their meals in some park restaurants.

Read also : 10 Mistakes To Avoid On Your First Trip

Disneyland has machines designed to emit an odor that is in harmony with the area you are in. For example, in the Pirates of the Caribbean part, a smell of salty sea air is emitted. Whereas for the haunted house it is a smell of earth.

The Indiana Jones section of the park, for example, has many hieroglyphics, most of which are here to bring credibility to the setting. But there are also hieroglyphics from C-3PO, R2-D2, Donald Duck and Mickey Mouse!

You can’t buy gum at Disneyland Paris.  Why? To prevent visitors from throwing them on the ground. Cleanliness is THE priority of the famous amusement park.

What now? Now You can go visit these exceptional Hotels With Unique Concepts That Invite You To Dream